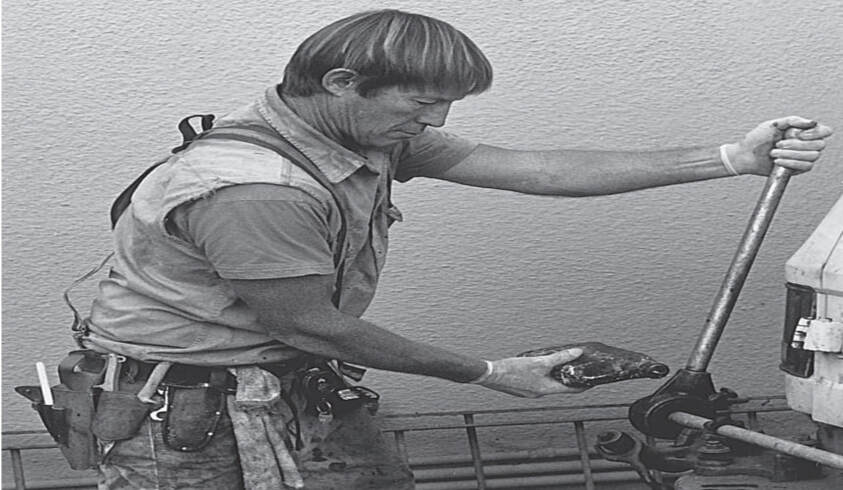 Peter Hemp is an Albany, CA based ‘old school’ residential plumber. He plumbed Stonewall House (which most unfortunately burned in the Oakland Fire), the home which was featured in the inaugural issue of Fine Homebuilding magazine. He cut his teeth on lead pots, oakum, irons, tri-pod, ratchet-and-dies but over the years learned to adapt to new technologies as they “came down the pipe.”

Now, in his old age, he purposely hangs his tool belt ‘high on the wall’ so as to guarantee plenty of forethought before involvement in new projects, but those new projects somehow always keep happening. Mostly this involves extricating his remodel contractor buddy Roger P. from problematic plumbing in his large and almost always technically challenging endeavors (like re-arranging bathroom fixtures on slab).

The author is happy though when he can on-the-job counsel, from a comfortable recliner, via FaceTime, both his general contractor son, Daniel, and Roger. Those sticks of 4-in. cast iron no-hub and gunny sacks of fittings, I know, are heavier than they ‘used to make ‘em.’ I sometimes wonder when that tool belt on the wall will be so heavy that it stays there, for good. Until then, it’s every morning a good breakfast before sliding into the Carharts (or my Ben Davis), and “get going.”